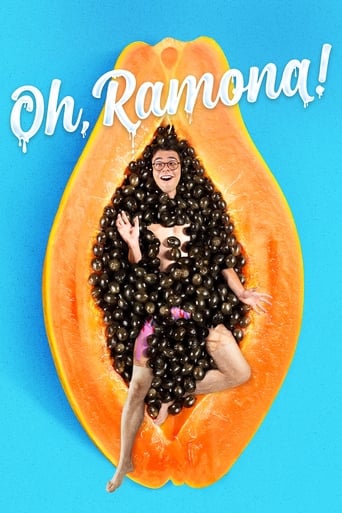 &nbspThe movie version of the novel “Suck it, Ramona”, by Andrei Ciobanu, Oh, Ramona! is the Romanian movie with the greatest success when it comes to cinema audiences in the year 2019. The film is one with and for teenagers.

&nbspEven if the clichés are in place, the film comes with a touch of originality, the image is good and the humor is also present. Definitely far from being the best movie you will ever see, but it’s actually enjoyable to watch.

&nbspA well-staged story about love, growing up and the first sexual experiences that the young teenager Andrei goes through. Although I am not in the target audience of this film I found the film pleasant and I managed to resist until the end.

&nbspAnother strong point of the film is, without a doubt, represented by the image and the editing, which rises to certain standards that we have been waiting for a long time from a Romanian film. Although it is a Romanian film, the spoken language is English. So don’t expect to learn a few Romanian words by watching the movie.