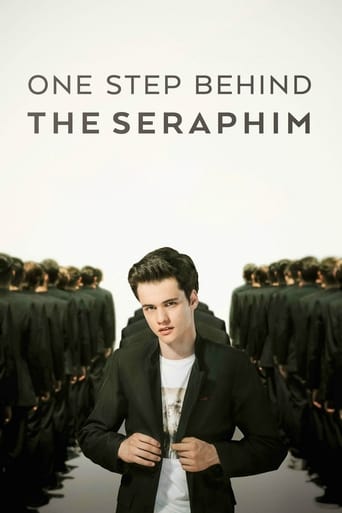 The main character in the movie A Step Behind the Seraphim is Gabriel, an adolescent student of an Orthodox theological seminary. He is brought by his parents to the seminary. The action follows the evolution of the adolescent from his arrival at the seminary and presents the process of his adaptation to the semi-military environment from there.

&nbspHe must also adapt to the heterogeneous collective and the abusive rules imposed by Father Ivan, a character excellently played by Vlad Ivanov. Caught in the power struggle between an incorruptible but abusive priest and a cunning and corrupt church teacher, students learn that lying, stealing, manipulation, and betrayal are skills they must acquire in order to survive the seminary.

&nbspA story about maturing in a strict, unjust and even abusive regime. A successful drama with an inspired cast, high-profile acting game, which does not lack tense situations, chosen inspired music and even humor.

&nbspA final sequence, with real images filmed during the time when the director Daniel Sandu was attending a theological seminar, will suggest to the spectators the accuracy with which the director adapted the reality in the script.

You can watch the movie online on the Amazon Prime Video streaming platform.

One Step Behind the Seraphim trailer :