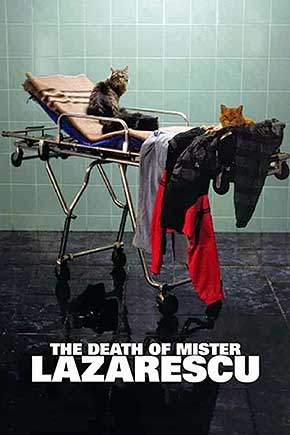 Directed by Cristi Puiu and based on a real case, The Death of Mr. Lazarescu tells the story of a pensioner (Lăzărescu Dante Remus, played by Ioan Fiscuteanu) who has the misfortune to get sick on the evening of a big car accident. This leads him being taken from hospital to hospital without receiving medical care in time. It’s a dark comedy that earned quite a lot of prices at movie festivals including “Un certain Regard” award at the Cannes Film Festival (2006).

&nbspThe idea of this film has also origins in Cristi Puiu’s experience in the hospitals of Bucharest where he was treated for appendicitis.

&nbspIt is a sad, hard to swallow story about being old, helplessness, loneliness, abandonment and the failure of a medical system. The movie starts in Mr. Lazarescu’s home, where he lives alone with his cats. He is filling sick so he calls for an ambulance. It’s the beginning of the end for Mr. Lazarescu. Almost everybody around him not only ignores his pain but they accuse him of being a drunk and even humiliate him. There is no such idea of willingness to help a fellow man struggling between life and death: commodity reigns.

&nbspOn his journey from hospital to hospital, Mr. Lazarescu is accompanied by an ambulance nurse, Mioara Avram. She is the only person to show some kind of empathy towards him.

&nbspWatching the movie, you get the impression that you are watching a documentary or a reality show. Some scenes may seem too long, the action may seem dragging but if you have patience, you will see that everything has a purpose.

&nbspYou can watch the movie The Death of Mr. Lazarescu (2005) free online with subtitles on Youtube or on Netflix.

The Death of Mr. Lazarescu trailer :